Right now, qualified buyers can find MAJOR cash-back deals and super-low financing offers on the popular new BMW X7. If you don't want to buy the BMW X7 outright, check out some of these attractive lease deals from your local dealerships. If you’ve been looking for the perfect vehicle to suit your needs for the finer things in life, these new deals on the best BMW X7 models can make your dream a reality. 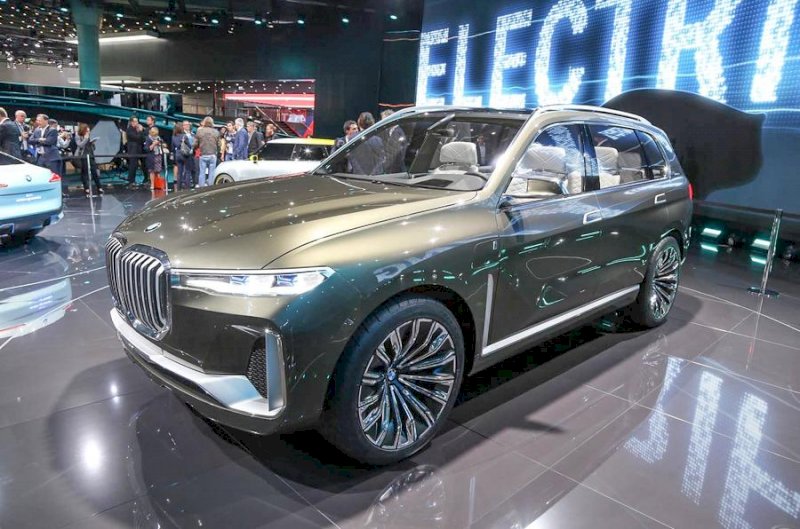 What exactly is the X7?

Despite sharing many of its styling cues, what it’s not is simply a stretched version of the BMW X5, which is now in its fourth-generation. Instead, the X7 is underpinned by unique parts designed to ensure it’s as luxuriously accommodating as possible. Think upon it more as a high-rise 7 Series Saloon, than an elongated X5. Like the X5 - and as well as the X3, X4 and X6 - the X7 is built at BMW’s South Carolina plant.

Now that the X-badged range of BMWs stretches all the way from the X1 to X7, the newcomer at the pinnacle of the range has to shout about its presence, hence the enormous interpretation of the traditional twin-kidney grille up front. The gaps between the vanes are large enough to slide your hand into.

Four engines are available in the X7 – a six-cylinder petrol badged xDrive40i plus a larger V8 for the M50i, plus a pair of six-cylinder diesels badged xDrive30d and M50d. All of the powerplants are turbocharged and all X7s are fitted with an eight-speed automatic transmission and xDrive four-wheel drive as standard.

No surprise to learn that the other models deliver punchier performance, but are considerably more costly to run: while the M50i will scoot from 0-62mph in a barely comprehensible 4.7 seconds, you'll be lucky to achieve the claimed 21.6mpg. That's before you factor in the high cost of VED road tax for a car that emits 248g/km of CO2.

Running costs aside, all the engines are a good fit for the X7 – with an urgent nature to all of them, however, it may not be worth paying the extra cash or monthly payments for the quicker models. While the M50d and M50i certainly sound the part and are rapid in a straight line – the xDrive30d is more than adequate with impressive real-world performance in its own right.

It’s also worth pointing out just how agile the X7 feels for such a vast car. When fitted with optional four-wheel steering, it turns far keener into corners and manages to tuck itself around tight bends and roundabouts far easier than you’d expect. And while it’s wide, it’s actually easy to get used to the size of it without feeling intimidated.

Available in three forms, the X7 comes in standard X7, M Sport and M50d/M50i. M Sport is the most important for the UK as it’s consistently a bestseller across BMW’s line-up, but as you’d expect with a car with a cash price starting at more than £70,000, it comes loaded with kit.

There’s leather everywhere with what BMW describes as its finest materials, an intuitive infotainment system, plenty of safety gear and useful kit such as cameras all-round and fully-electric seats with memory function. However, you can still boost the kit count by choosing from several options packs, such as an entertainment package for the rear seats, and the option of having the car as a six-seater with more luxurious middle-row captain's chairs, as opposed to the standard 2-3-2 formation.

How To Get Free Trials for Amazon, Netflix, Hulu, Disney Plus, & More

Between Netflix, Hulu and Amazon Prime Video, there was already a streaming war. Now, throw in Disney+, Apple TV+, Peacock and more into the mix and you have a full-blown raging battle. If you’d like to avoid having your wallet be a casualty of the…

Getting engaged in 2020? Shop These Trendy Ring Designs

These 15 trendy engagement ring ideas, all of which come backed by expert opinions. Get ready to say yes to at least one (or let's be honest multiple) of these stunning designs.

Tree care services performed by a certified arborist enhance the natural beauty of your trees and shrubs, helping to preserve their strength, stature, and seasonal character. Stump removal can be back breaking and time consuming so it's a good idea t…

Should I Talk To My Doctor About Low Testosterone?
Top 10 Credit Counseling Agencies
The Best Smartphones of 2021 Ranked
© 2022 Buyer Adviser
Privacy Terms Unsubscribe Contact
We are now redirecting you to the link you wished for
It will take just a moment!